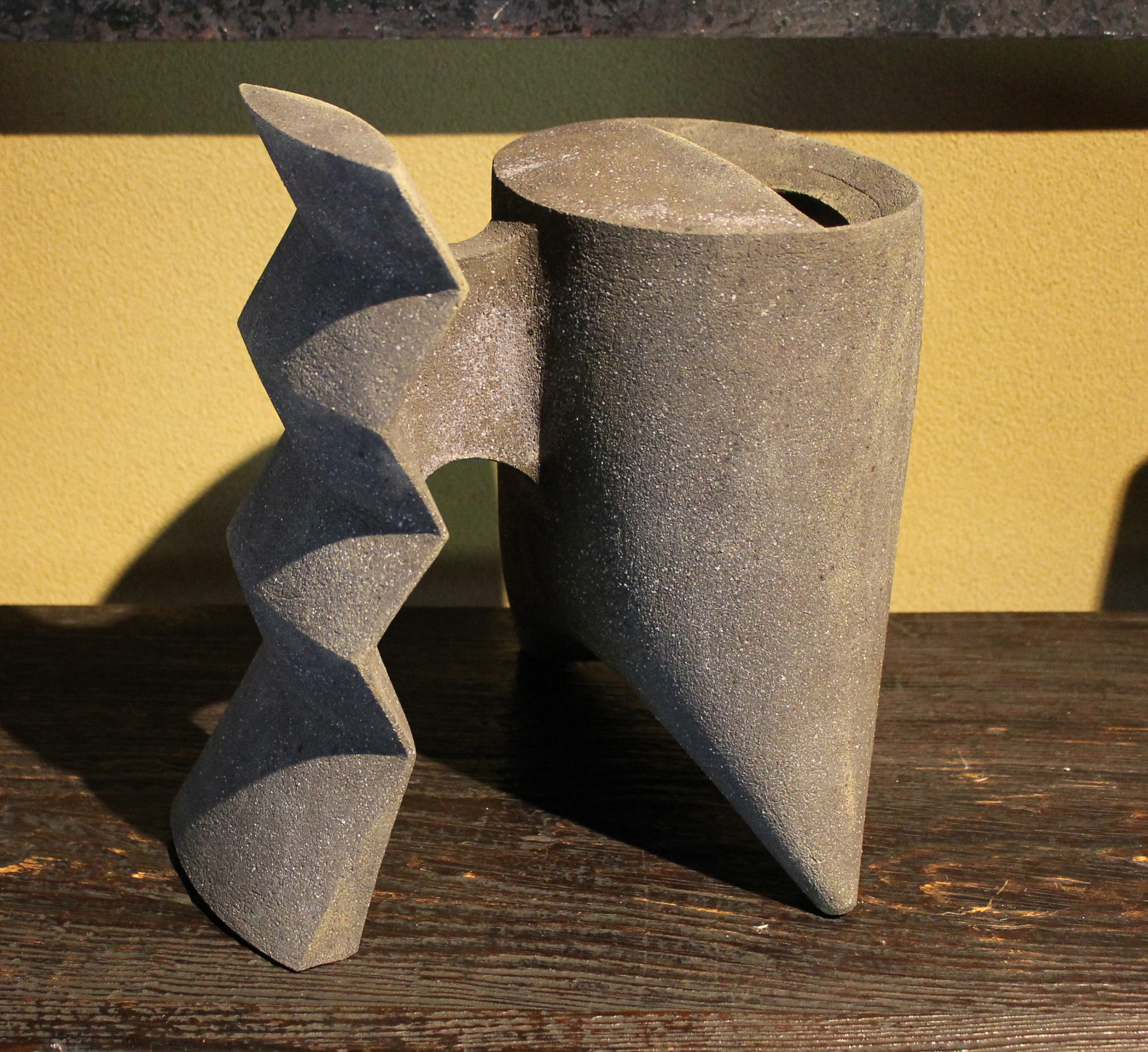 Here is an iconic Mihara Ken(b.1958) form that was shown in his 1997 Tokyo exhibition and shown on the exhibition announcement. In 1995 a brother piece to this Mihara was featured on the cover of the 12th Tanabe Museum of Art –Modern Tea Forms Exhibition Catalog cover as well as being shown at the 20th Anniversary Special Exhibition held at Mitsukoshi, Tokyo, of which a photo tour can be seen in this link: http://www.e-yakimono.net/html/tanabe-museum.html. A similar work was also shown on the cover of the most important ceramic art magazine in Japan, Hohoho Geijutsu. It’s a purely Mihara work whose form was another key factor in springing Mihara to the top of the ceramic art world. In perfect condition with a signed box, 29cm.tallx29cm.x24cm. Mihara’s works are held in museums and private collections worldwide.