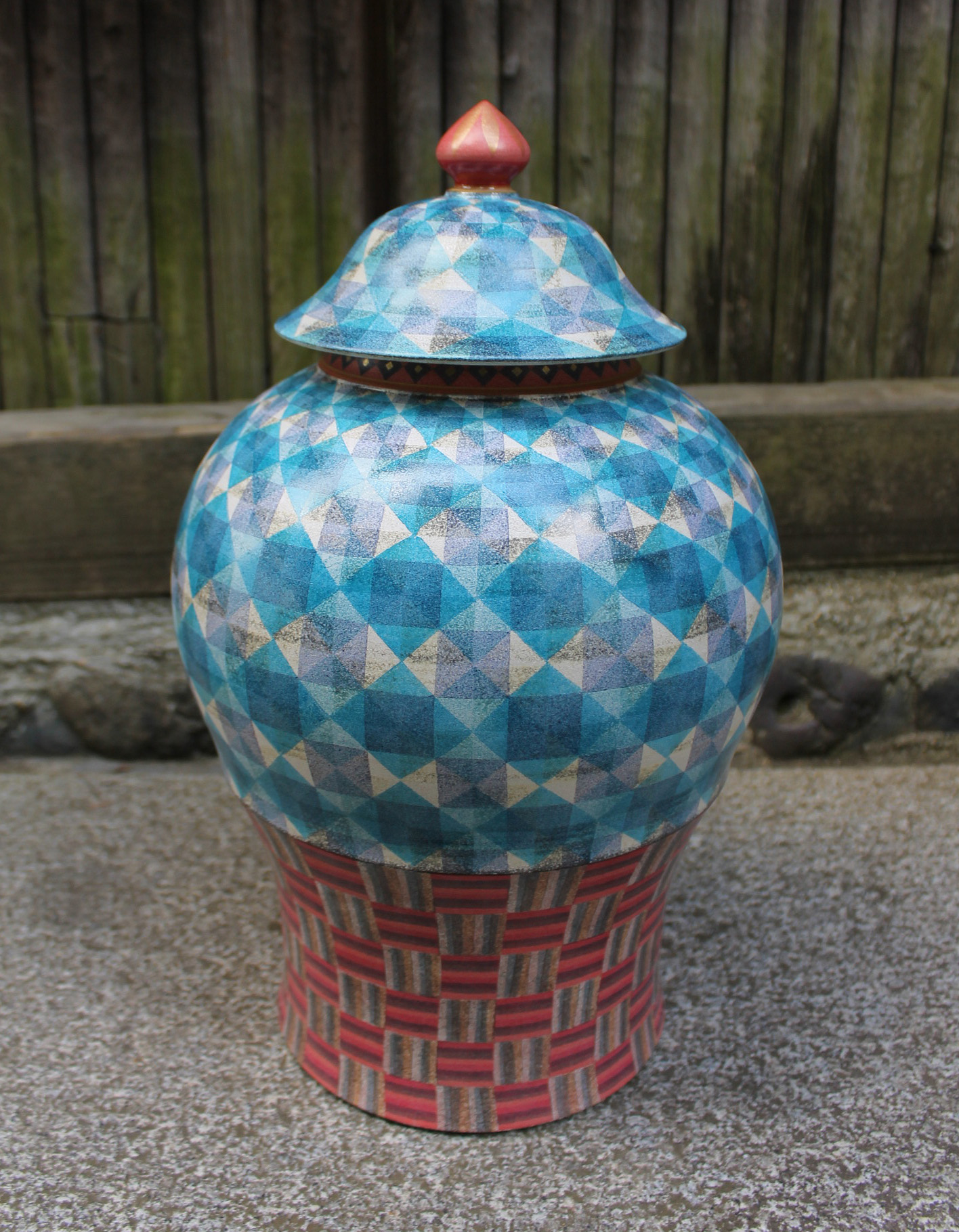 Watanabe Kunio (1967) graduated from the Tokyo University of The Arts where he studied under Celadon Living National Treasure Miura Koheiji (1933-2006). Watanabe’s chosen style is not celadon though, yet overglaze enamel designs that are multi-colored and prismatic. He bisque fires first then over numerous times paints on the various colors, firing again, overlapping and repeating.In 2008 he showed at the Philadelphia Museum of Art in an exhibition titled ‘Five by Eight–New Ceramic Art from Japan’ and a work was added to the museum’s collection. The same year he was awarded the Traditional Japanese Arts and Crafts Award. Here is a classic ginger jar form that is a sheer joy to gaze upon the upper and lower portions and how they brilliantly contrast. A powerful-graceful work d’force in perfect condition with a signed box, 35cm.tallx23cm. signed on base.