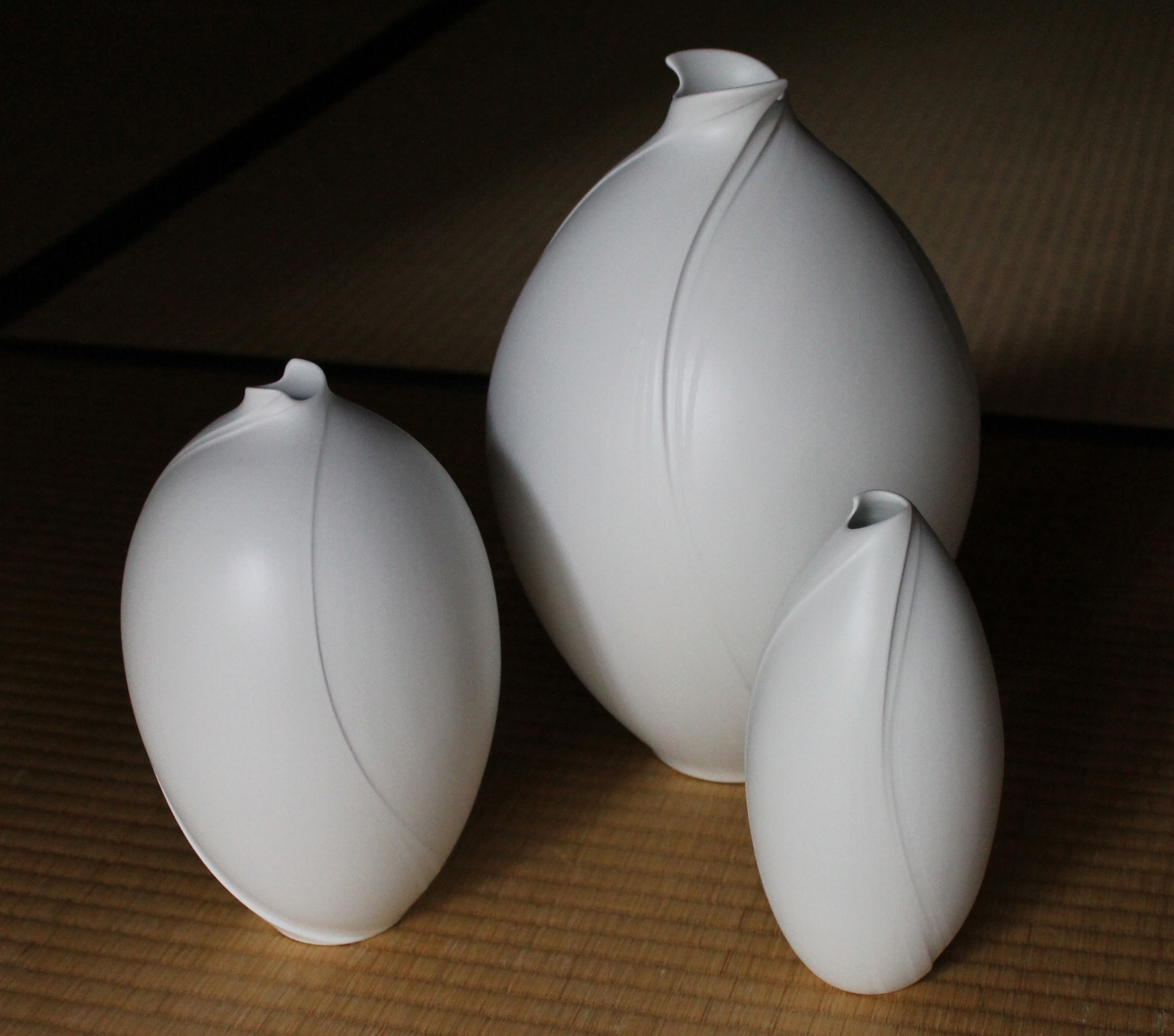 There’s a lovely elegance to the pure white porcelain works of Shomura Hisaki (b. 1974) of which we offer some for the first time here at RYYG. Shomura comes from a long line of Arita potters and is one of the leaders in bringing Arita wares to a more contemporary sculptural approach. Here in Japan that’s been noted by many critics, accepted to many juried exhibitions and awards include the “The Asahi Shimbun Prize (Grand Prix)” in the Exhibition of Traditional Kogei, Western Japan (’14), “The Saga Ceramic Art Association Prize” in Saga Prefecture exhibition (’12) and more recently “The Asahi Culture Center Prize” in the Exhibition of Traditional Kogei of Western Japan and  “The Imari Mayor Prize” in Saga Prefecture Exhibition (’17). The largest Shomura work shown is 30.5cm.tall and a prime example of his mastery of form and firing.

More details and photos gladly sent on request, also notice the Shimura selected and on display in Tokyo at the 64th Japan Traditional Kogei Exhibition.