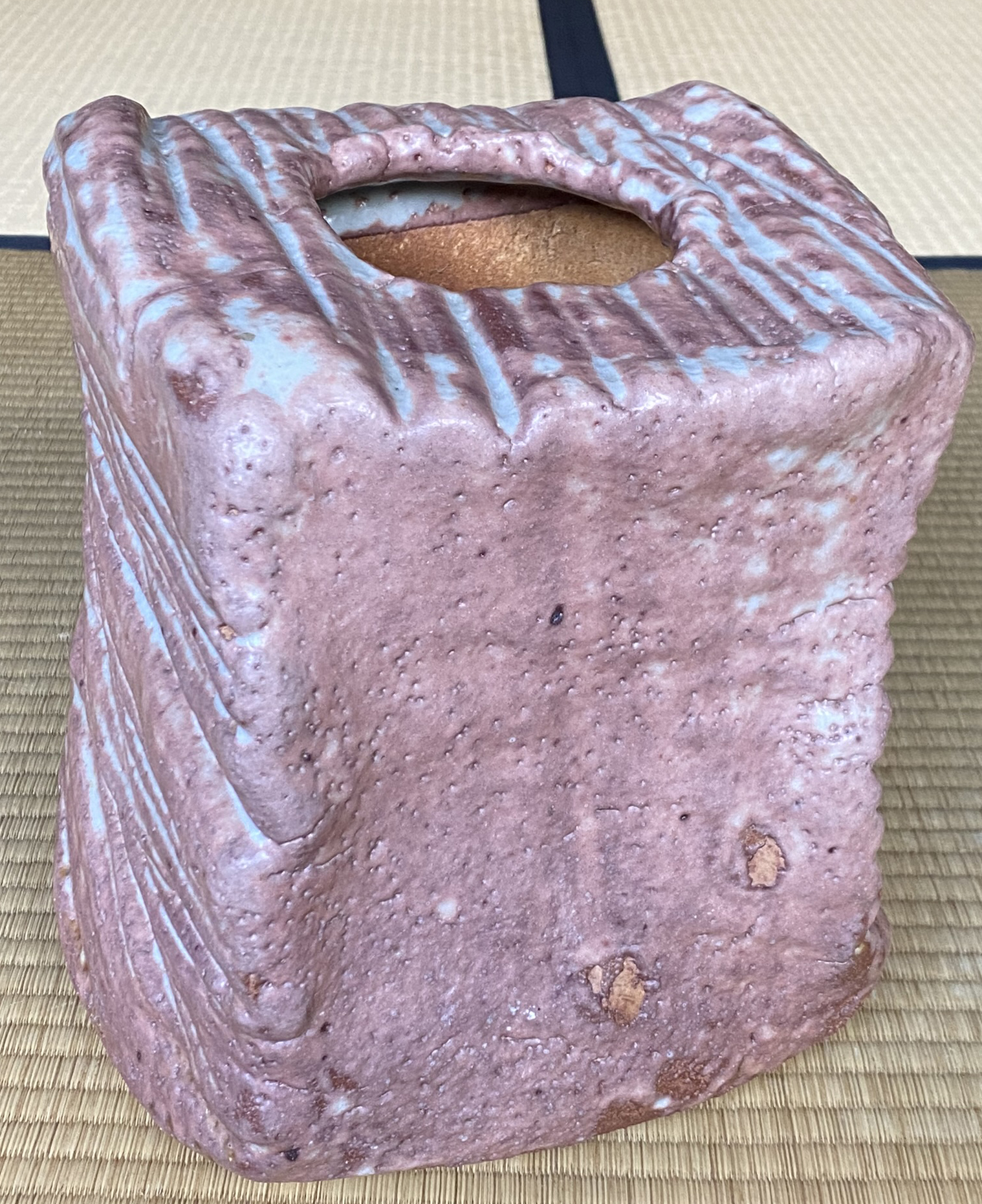 Kato Shigetaka (1927-2013) was the third son of the Kato Tokuro(1897-1985) younger brother of Okabe Mineo(1919-1990) and father of popular potter Takahiro. Shigetaka has had his own successful career winning the Japan Ceramic Society Prize and having a Shino work featured on the cover of the ‘Modern Japanese Ceramics in American Collections’ exhibition catalog published by the Japan Society, NY in 1993, very similar to this work. Kato, believe it or not, had his first exhibition in Tokyo in 1988—he started in clay with his father in 1945 and assisted Tokuro as well as making his own works, including dozens of ceramic walls in buildings throughout Japan. This is an important Kato work shown in his only and only deluxe photo book that accompanies the work. It’s rugged like many of his masterpieces and has a warm purplish tone as well. In perfect condition with a signed box, size noted in B&W photo, museum work.