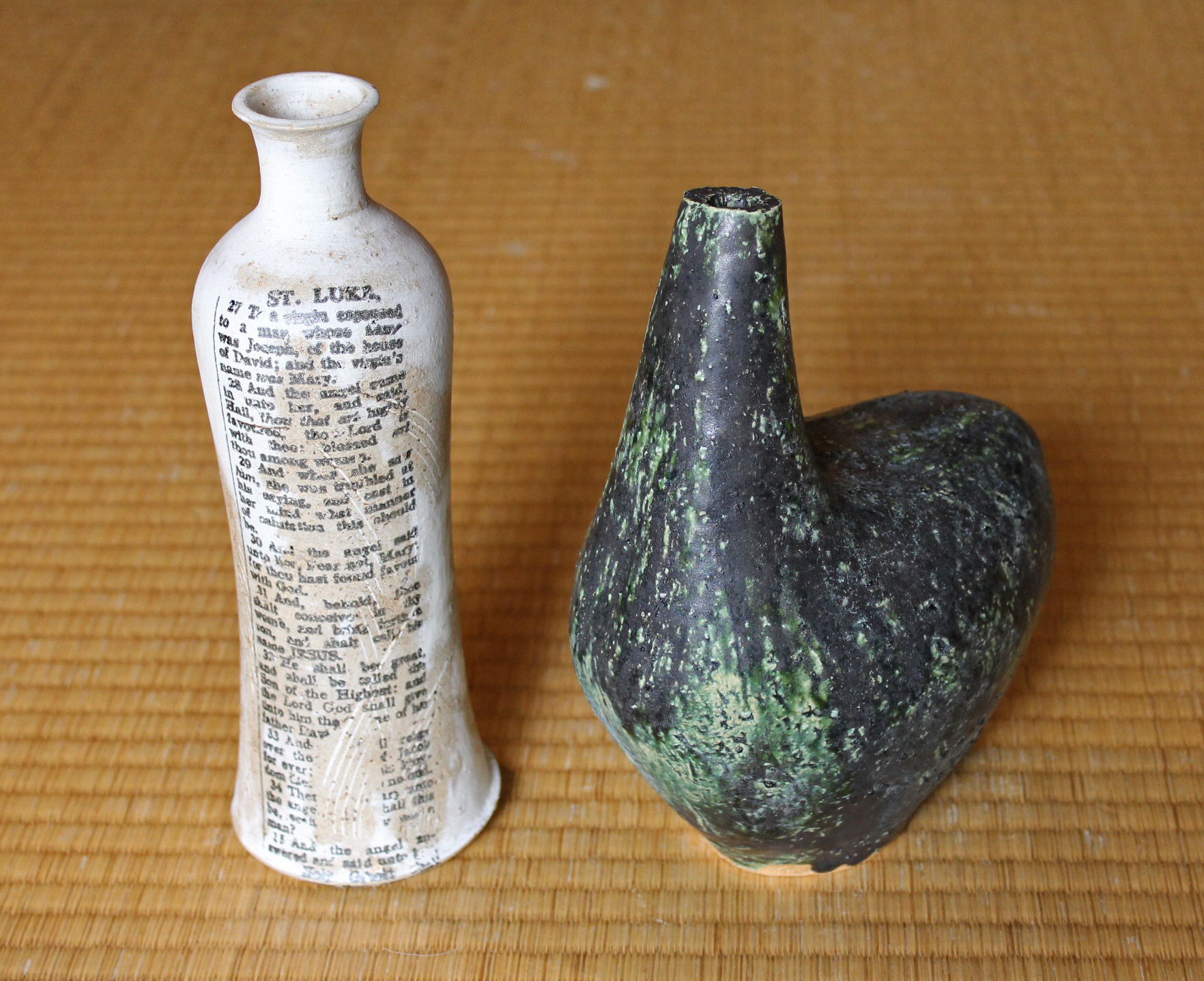 Araki Takako (1921-2004) was a very well-respected and collected ceramic artist who pioneered the way for many female artists in Japan. She did many sculptural works, especially of decaying bibles. This slender vase has a passage from the Bible and is a very rare-unique work because it was fired after her passing.  Her estate asked Uchida Koichi to fire some works that remained at her studio, Uchida is a very well regarded/respected ceramic artist. I called Uchida to inquire more, as the
box is signed by him, he told me the above and that there were only about 15 works like this. In perfect condition, signed Takako on base, 23.5cm.tallx8.5.

Kyoto has always been a city full of avant-garde artists dating back to the Edo period. In the 1940s a revolutionary ceramic group was formed called Sodeisha that changed the ceramic landscape of Japan forever. One of its earliest members was Kumakura Junkichi(1920-1985). Kumakura was one of Kyoto’s most popular ceramic ‘sculptors’ and his work is in the National Museum of Modern Art, Kyoto as well as the Shigaraki Ceramic Park Museum and Suntory Museum. In 1989 a major retrospective exhibition was held at the Crafts Gallery, National Museum of Modern Art, Tokyo. Kumakura was voted one of the most influential potters of the 20th century by a group of leading ceramic art critics; Honoho Geijutsu, issue 65. That list can be viewed at www.e-yakimono.net. Kumakura had his first exhibition in 1951 at the Form Gallery in Ginza. He was awarded the first Japan Ceramic Society Prize in 1955. Here is an unusually shaped Kumakura Oribe vase-sculpture, in perfect condition 21cm.tallx26.7×11,5 stamped on base, dating to the 1970s, signed box.