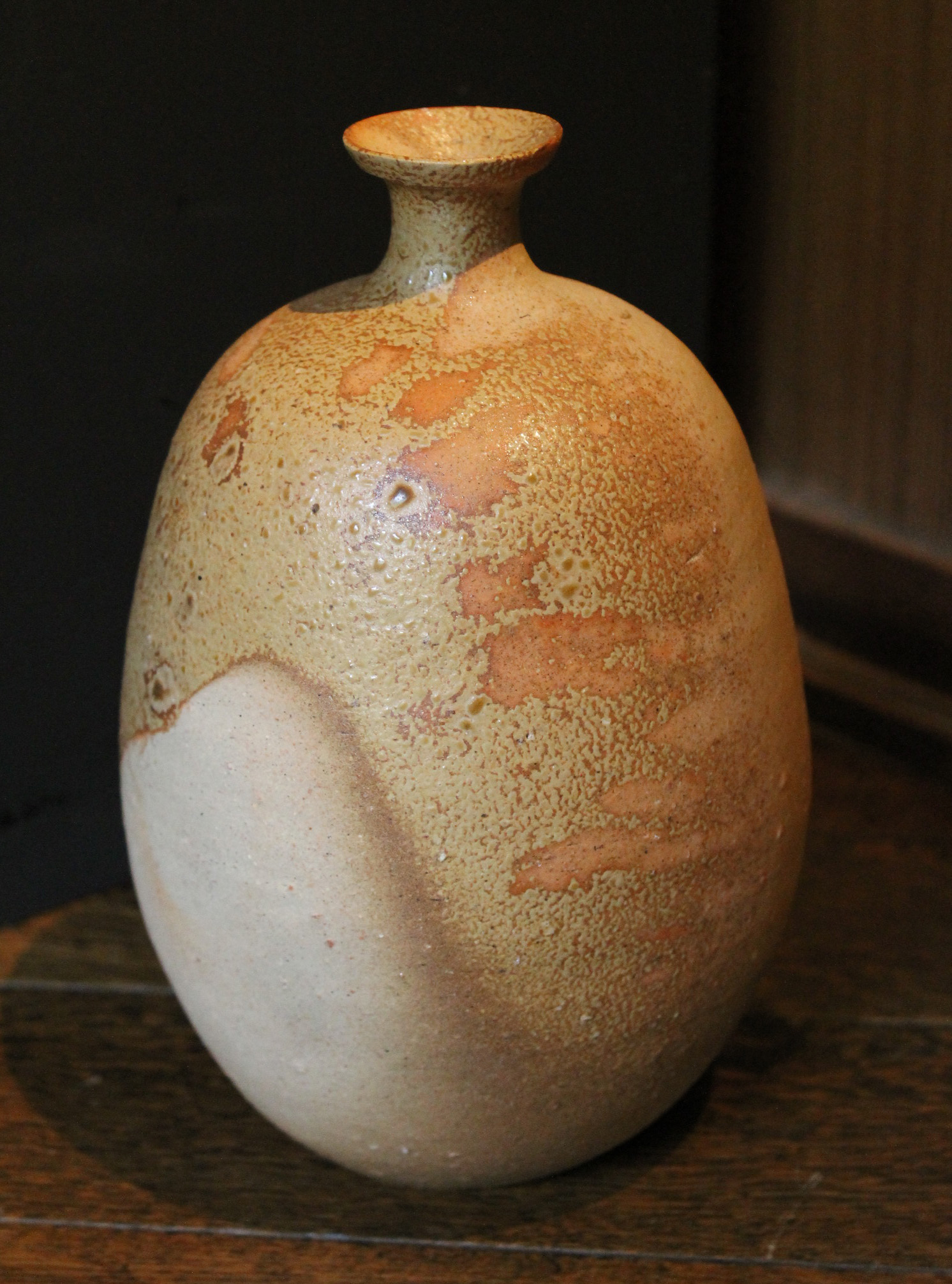 This Mori Togaku large tokkuri is from one of the most important firings in all of Japanese ceramic history, his 1992 second 52-meter-O-gama-kiln firing. What is so special is the goma-sesame natural-ash glazing, just divine. This is only the 2nd one I’ve seen from that firing with the first being in the major Tokyo exhibition from that firing, a photo of that one from the catalog attached here. This one is 21.4cm.tallx15, stamped on base with a signed base, museum quality.