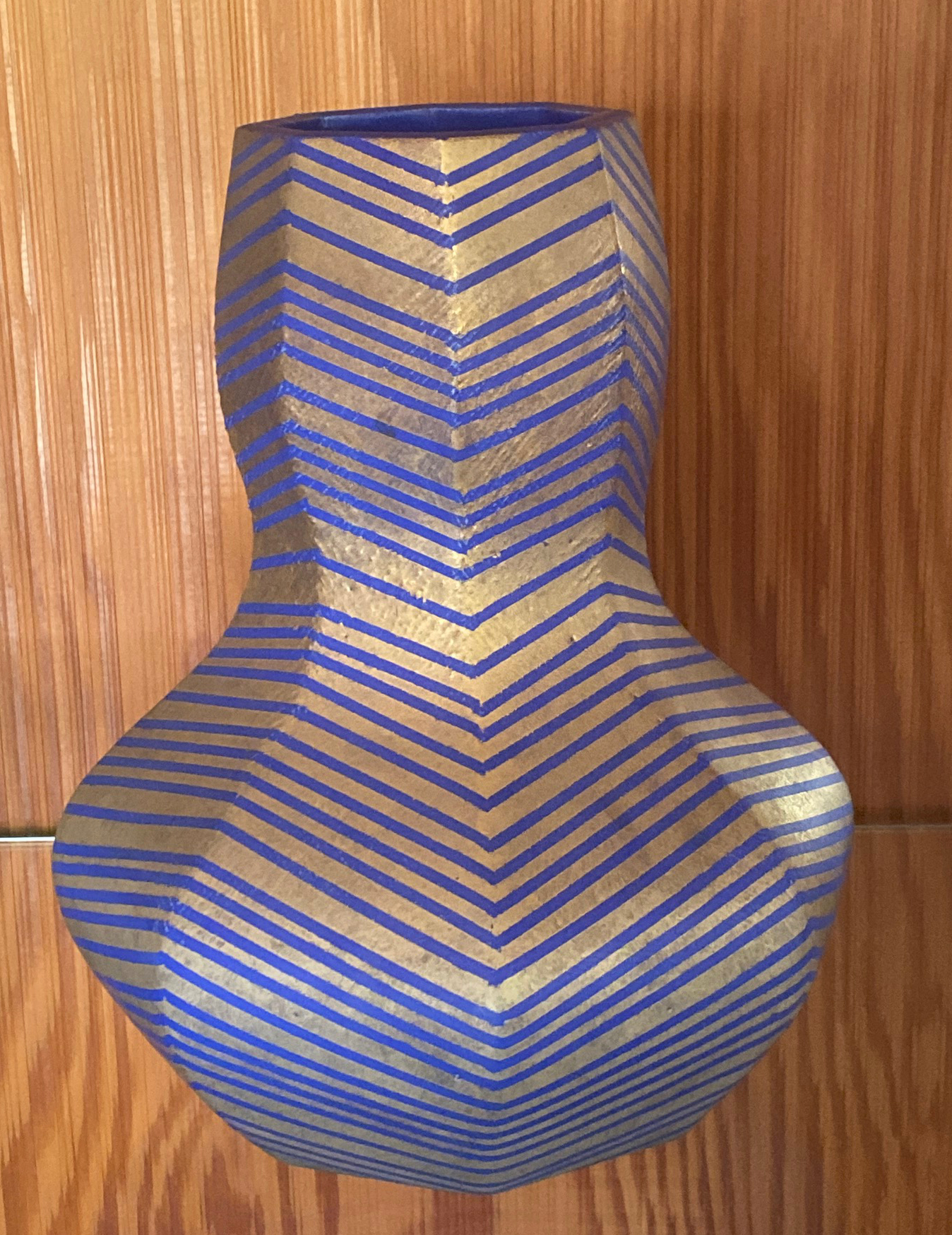 Seto Hiroshi(1941-1994) was a leading Mashiko ceramic artist whose work is quite far from the ‘standard’ idea of what a Mashiko pot is. In fact, like fellow Mashiko potter and inspiration Kamoda Shoji, Seto boldly created new forms and glazing styles. He studied under Tomimoto Kenkichi(and also with Kondo Yuzo, Fujimoto Yoshimichi and Kiyomizu Kyubei) and was greatly influenced by his teachings, the same way Kamoda was. Seto moved to Mashiko in 1965. His works are quite rare these days and this work was exhibited as shown by the number on the base, a museum piece in perfect condition with a signed box, 26.3cm.tallx22.3 at the widest part.