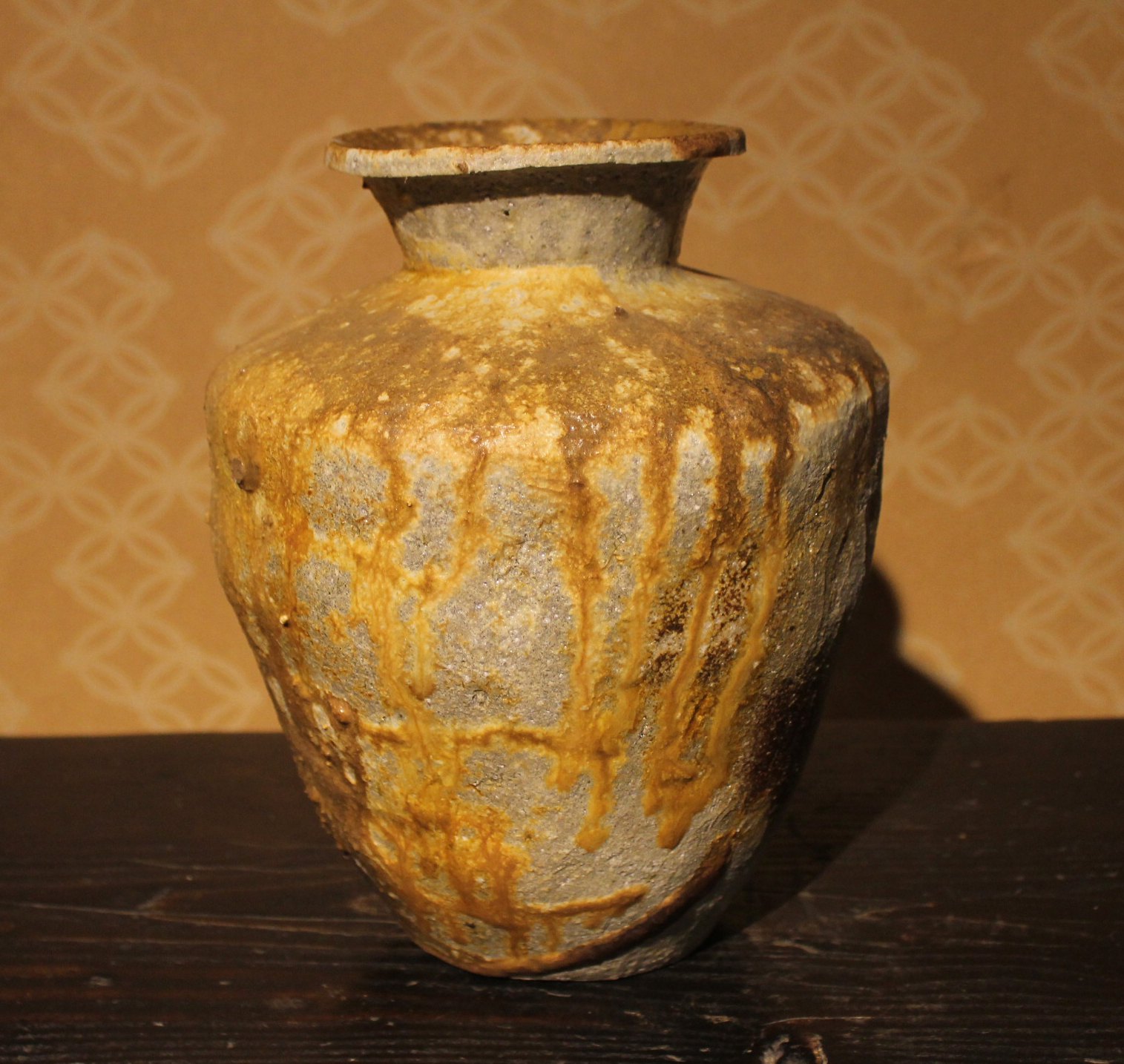 Often there’s nothing like a richly-fired crusty jar and few do those in Echizen now like the days of old. On a recent jaunt to Echizen I was introduced to Masudaya Kosei (b.1950) and found what I was looking for, an example shown here in an old sutra jar form. Amazing variety of ash effects on all sides of this work, he also does softer-quieter firings getting achieving a smoky white-grayish natural ash glaze. He establised his kiln in 1975 and has shown at galleries throughout Japan as well as at the Echizen: Eight Hundred Years of Japanese Stoneware at the Birmingham Museum of Art, Alabama in 1994, the Minneapolis Institute of Art also was a contributor to that exhibition. In perfect condition with a signed box, 24.3cm.x20.1 widest point, signed on base.