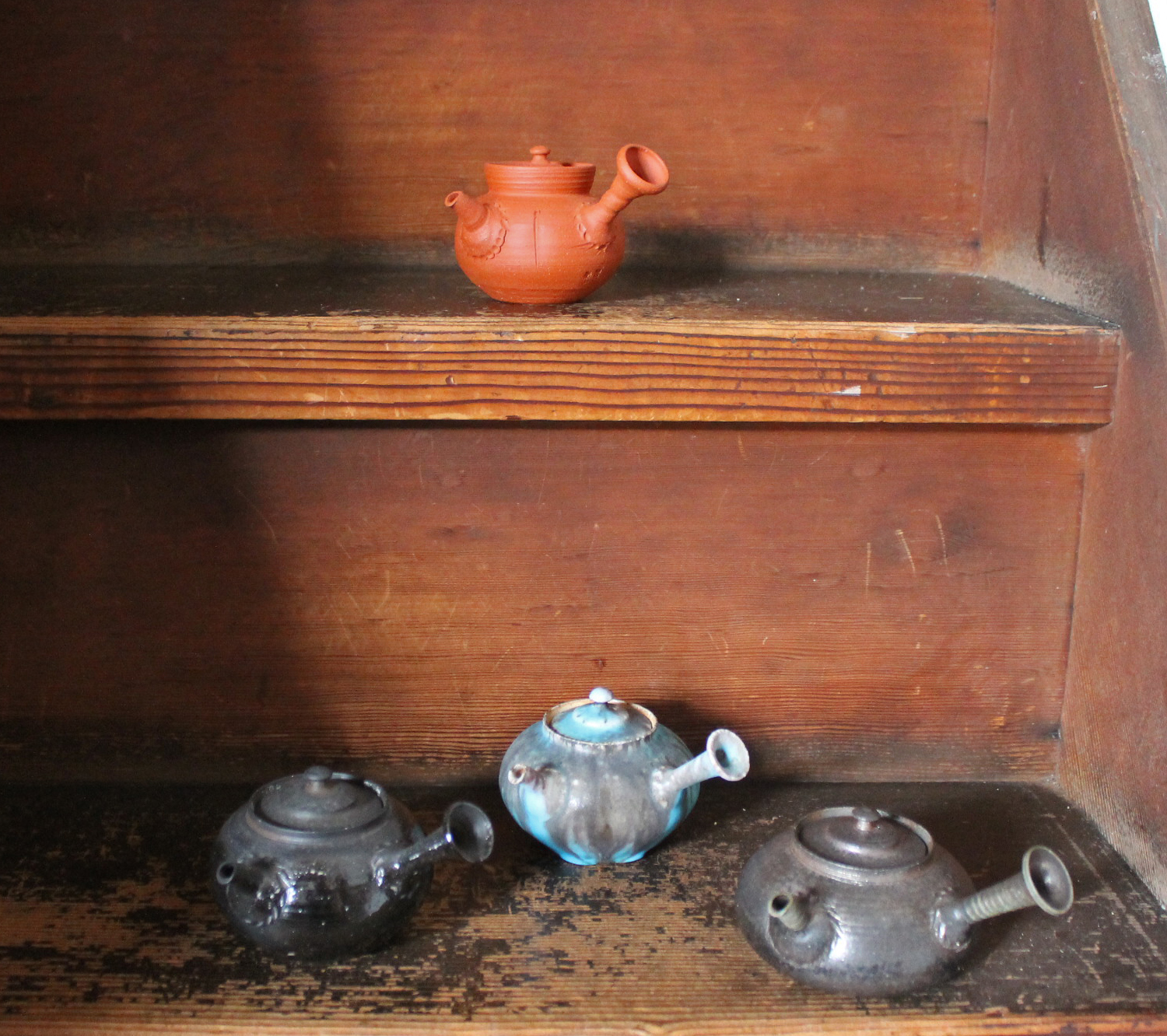 Four Tokoname Kyusu by Yamada Jozan IV and So