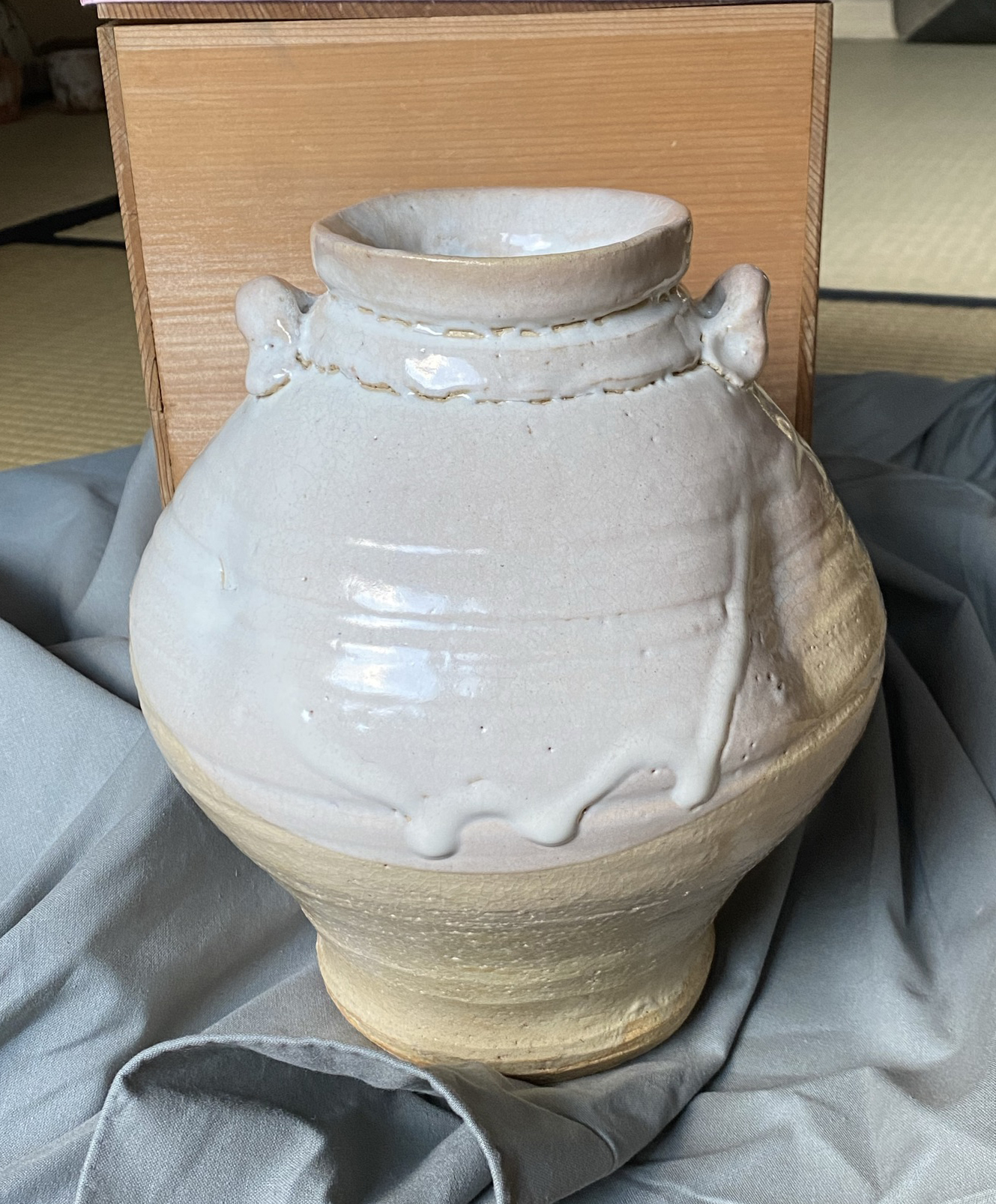 Miwa Kyusetsu X (1895-1981), later known as Kyuwa, was the first Living National Treasure of Hagi -the second was his younger brother Miwa Kyusetsu XI (1910-2012, Jyusetsu). Quite simply, he did what LNT Kaneshige Toyo did for Bizen, or what LNT Nakazato Muan did for Karatsu. He is a legendary figure, and reinvigorated the kiln site with elegant and contemplative Hagi teawares. He was designated an Important Intangible Cultural Property (IICP, or Living National Treasure) in 1970, the same year as Fujiwara Kei. He made mostly tea wares and and very few jars like the one here, in perfect condition with the original signed box–which is an artwork in and of itself, stamped Kyusetsu on base, 24cm.tall.