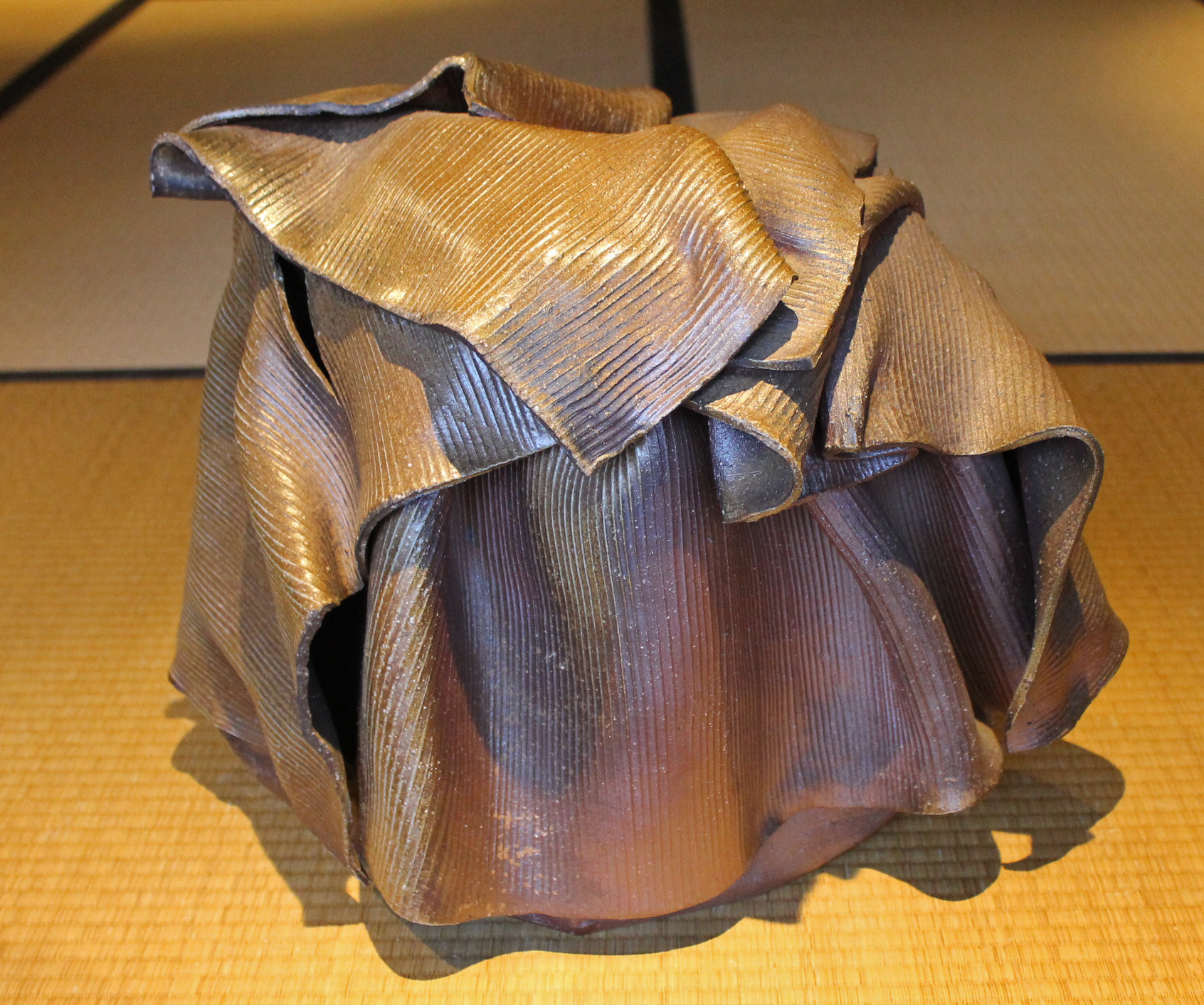 This Kaneshige Kosuke large work entitled ‘Saint’s Garment’ was awarded the ‘Exhibition Award’ at the 1996 Okayama Prefecture Art Exhibition; in 2012 Kaneshige was named an Intangible Cultural Property of Okayama. Kaneshige was born in 1943, the third son of Kaneshige Toyo, the first Bizen Living National Treasure. The Kaneshige family is one of the most illustrious family’s in all of Japanese ceramic art, ever. Kosuke has taken on a very engaging sculptural facade on much of his work, having studied the subject in Tokyo. In perfect condition with a signed lid, the work is heavy and the box/container was broken; 41cm.tallx51.2cmx36.5cm, signed on back.