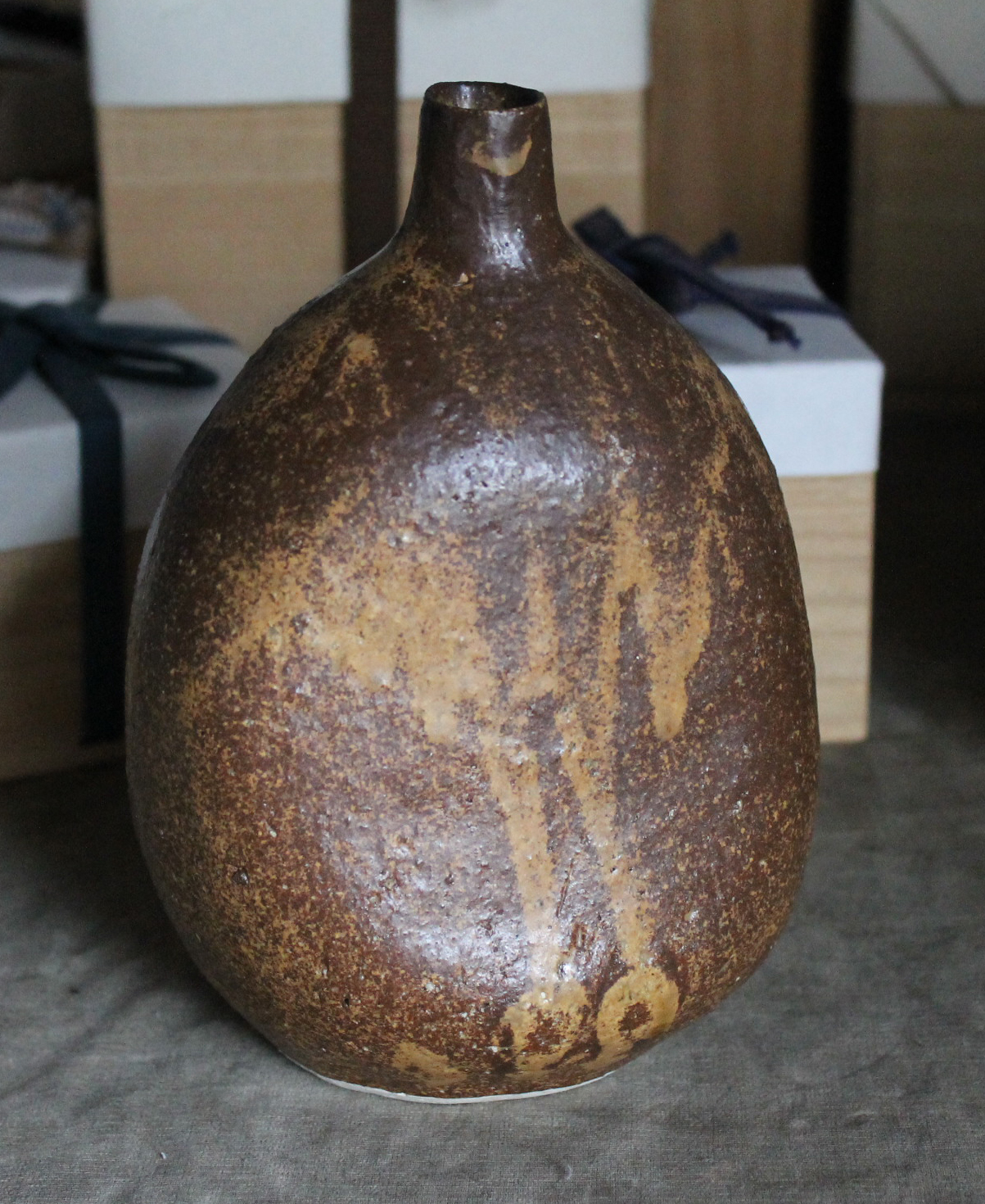 Kyoto has always been a city full of avant-garde artists dating back to the Edo period. In the 1940s a revolutionary ceramic group was formed called Sodeisha that changed the ceramic landscape of Japan forever. One of its earliest members was Kumakura Junkichi(1920-1985). Kumakura was one of Kyoto’s most popular ceramic ‘sculptors’ and his work is in the National Museum of Modern Art, Kyoto as well as the Shigaraki Ceramic Park Museum and Suntory Museum. In 1989 a major retrospective exhibition was held at the Crafts Gallery, National Museum of Modern Art, Tokyo and in 2017 at the Shigaraki Museum of Ceramic Art. Kumakura was voted one of the most influential potters of the 20th century by a group of leading ceramic art critics; Honoho Geijutsu, issue 65. That list can be viewed at www.e-yakimono.net. Kumakura had his first exhibition in 1951 at the Form Gallery in Ginza. He was awarded the first Japan Ceramic Society Prize in 1955. Here is a deceptively ‘simple’ canteen-shaped brown irabo-glazed work where one can see the imprints on the base where Kumakura held the work while glazing it. It’s 18cm.tallx13cm.10.2, stamped on side, perfect condition with a signed box, 1970s.