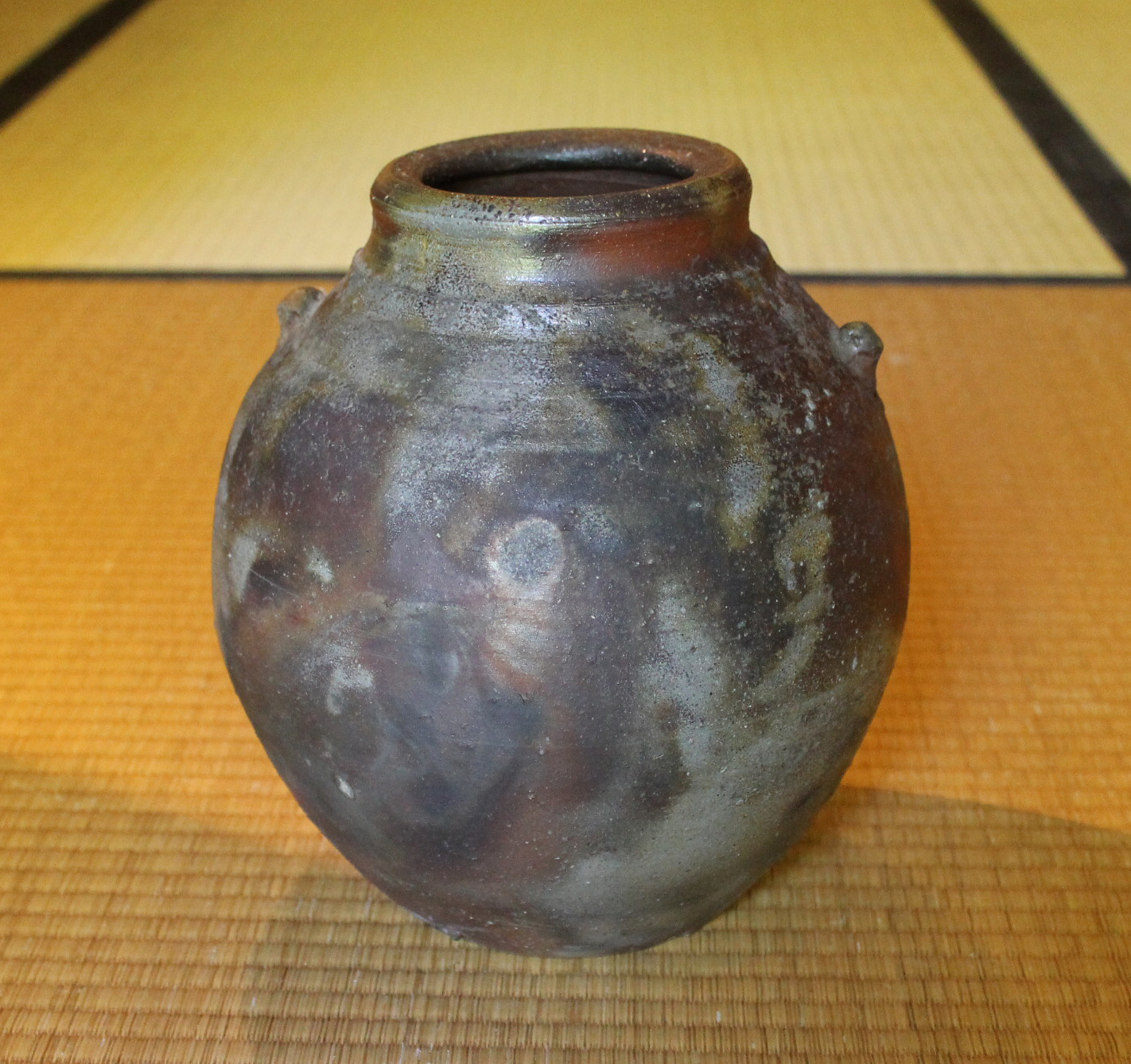 Bizen’s second Living National Treasure was Fujiwara Kei (1899-1983); he was named a LNT in 1970. Most of his works either show Bizen characteristics of goma–sesame or yohen–kiln changes or hidasuki–straw markings-firings which is the reason this jar is very rare, fired with a sangiri charcoal smoky effect to create a wide variety of tonal changes, this is the first of such a firing for us to ever show—please check our archives for past Fujiwara works. Fujiwara must have liked this one too as it has an outer lacquer box and an inner signed box; it’s 25cm.tallx23.2, signed on base, right above the sign is a small firing divet with iron showing. Shown with a Hamada Shoji guinomi for scale, that one is also sold.