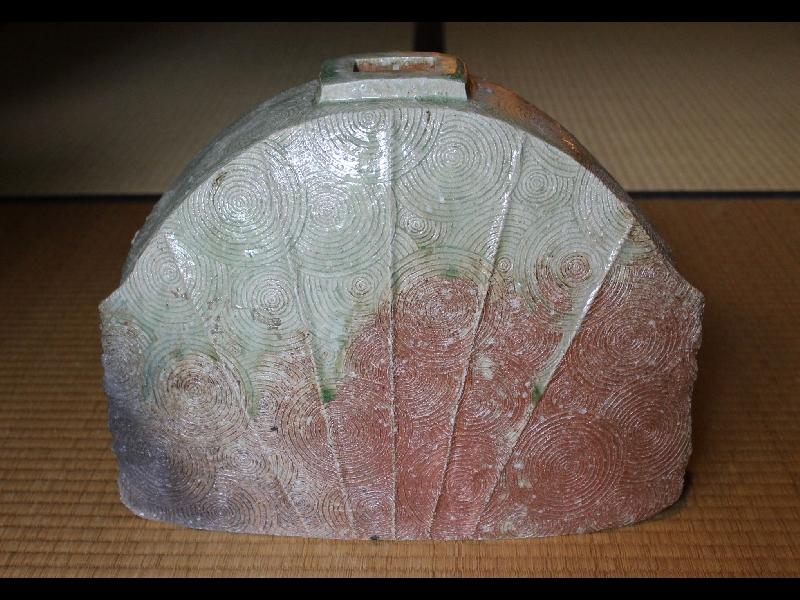 Kato Takahiko(b.1952) comes from a traditional Shigaraki family where his father and grandfather were also potters. Yet not so much under the influence of his own family, more so from Sodeisha founder Suzuki Osamu, Kato has and continues to take Shigaraki in exciting new directions. Suzuki took a liking to Kato when Kato was still in elementary school and over the years Kato assisted Suzuki when he worked in the family’s studio. For those who know Suzuki’s work then you know he often worked in Shigaraki–using Shigaraki clay on many of his masterpieces. Not many know that Suzuki taught Kato on many aspects of art and it surely shows on the more radical works that Kato produces. Here’s a recent anagama-fired signature Kato ‘ripple’ vessel with natural ash-glazing and warm earthy orange tones. In perfect condition with a signed box, 30cm.tallx38cm.x18cm, signed on base. You can also see another Kato piece in our gallery’s mention in CNN’s ‘Insider Guide Best of Kyoto’.