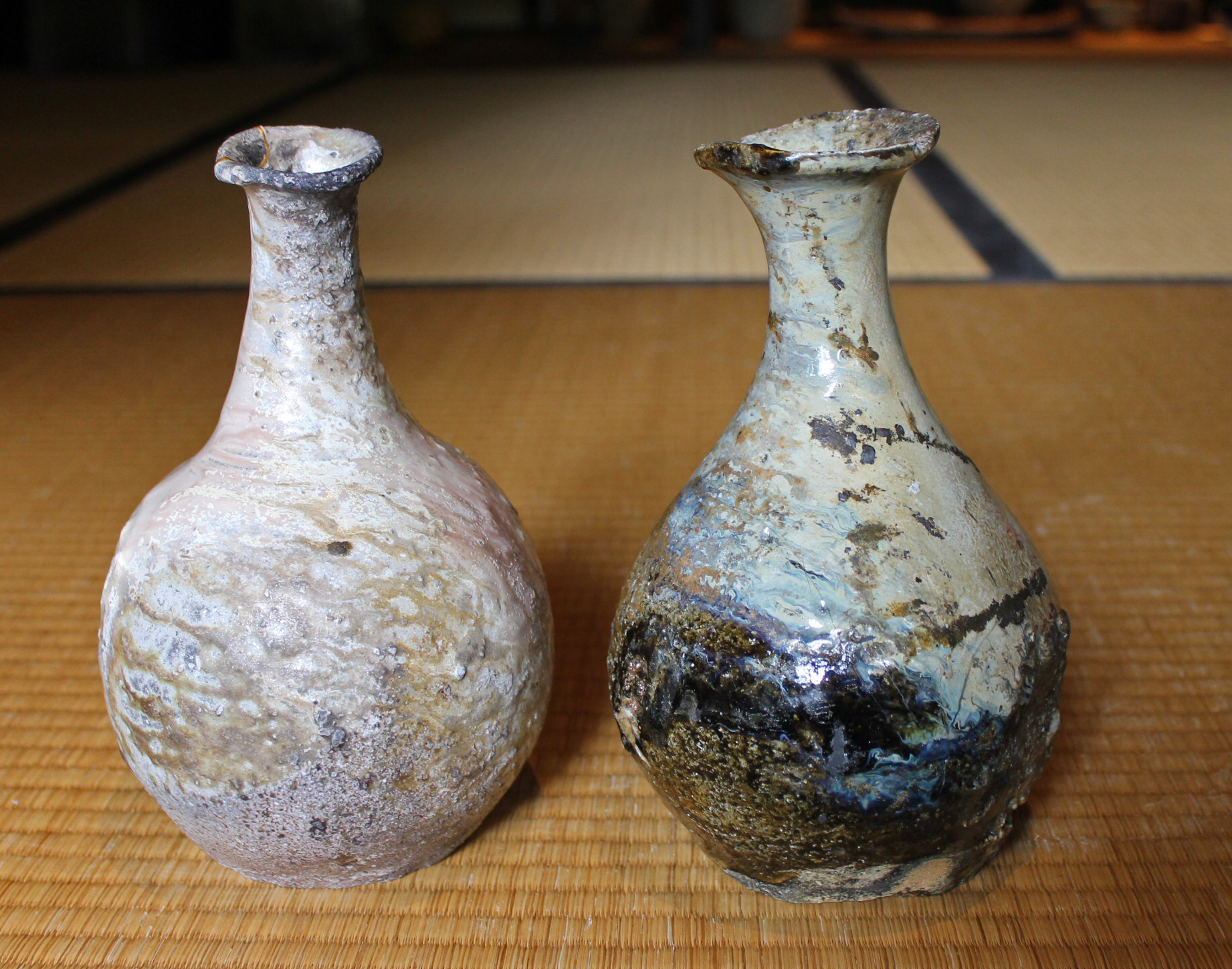 The Madara-Karatsu vase on the left main photo is by Fujinoki Dohe(b.1949) while the Chosen-Karatsu on the right in the main photo is by Maruta Munehiko(b.1961); both veteran Karatsu potters of the highest caliber. Fujinoki’s vase has a kintsugi restoration on the lip in one small spot that adds great character while the Maruta is intensely alive with various kiln effects. Fujinoki is 21.5cm.tallx14cm.at widest point and is 100,000 yen. The Maruta is 22cm.tallx14cm. and is 230,000 yen. We also have three Fujinoki tokkuri, 40-75,000 yen