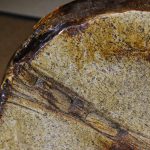 Kato Shigetaka (1927-2013) was the third son of the late great Kato Tokuro (1897-1985), younger brother of Okabe Mineo (1919-1990), and father of Takahiro. Shigetaka had his own very successful career winning the Japan Ceramic Society Prize and having a Shino work featured on the cover of the… END_OF_DOCUMENT_TOKEN_TO_BE_REPLACED 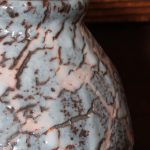 In the 1973 book called ‘Kama-betsu, Gendai no Tougei’ (Individual kilns, Contemporary Pottery) by the late Kuroda Ryoji he wrote that seven potters were the upcoming stars of Mino. Among them was Hayashi Kotaro (1940-1981); the others were Kato Kagekiyo (1930-1979, Seizo), Suzuki Osamu… END_OF_DOCUMENT_TOKEN_TO_BE_REPLACED