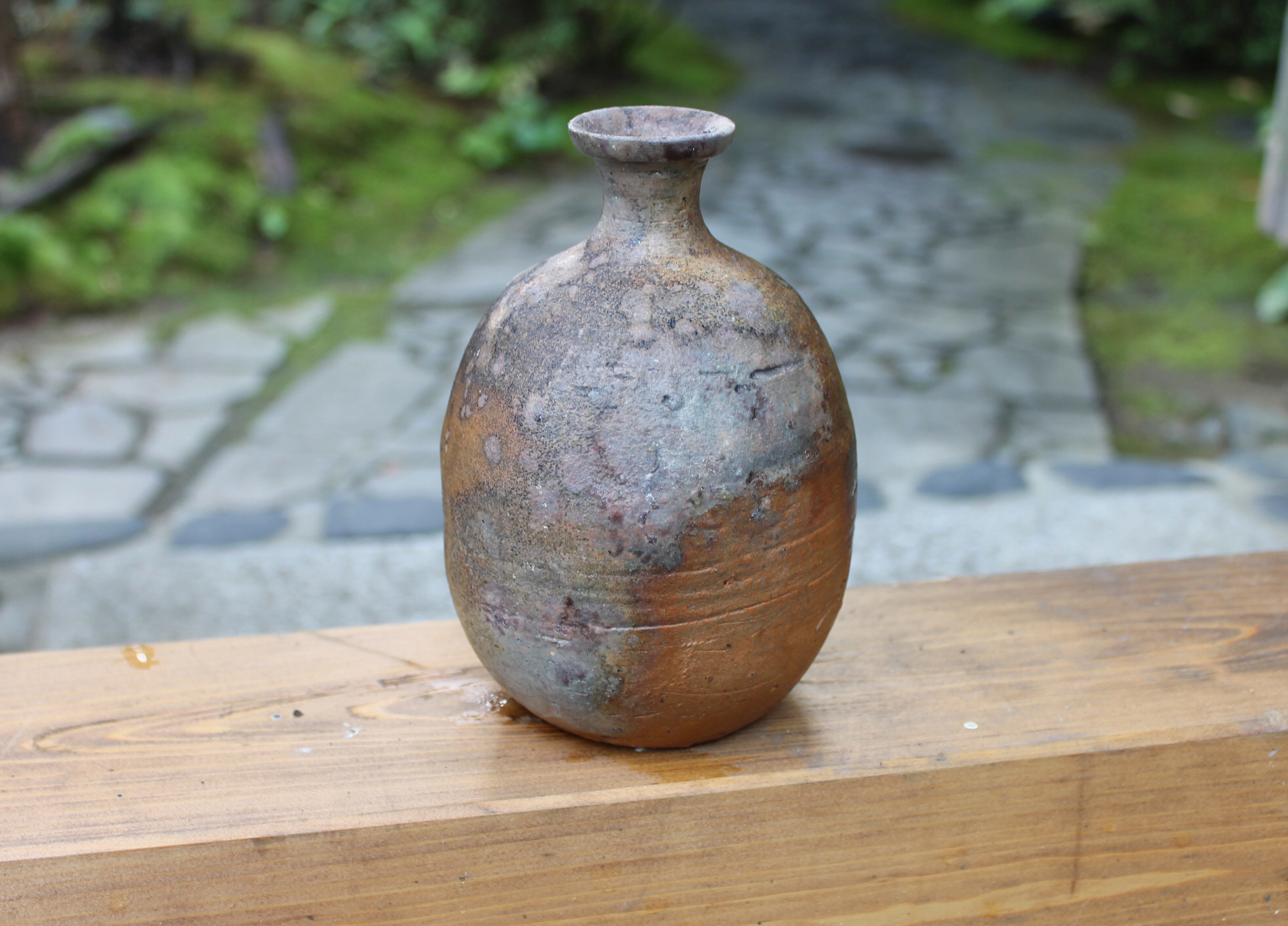 Fired Within the Largest Kiln: This Mori Togaku Bizen Tokkuri

In the history of mankind there has never been a larger privately built kiln then Mori Togaku’s 85-meter long, six-meters wide kiln. Just to conceive the idea and then from his 20-meter kiln to the 50-meter kiln and then the large kiln from his Aioi days is truly a Herculean undertaking that he has so successfully done; Mori was born in 1937. On January 4th, 2015 the flame was lit and fired day and night for 107 days; it took five years to just load the kiln! There were only a few tokkuri fired and here is one, like holding a moss garden. The variety of colors have naught been seen on any tokkuri before, and for its large-bold form it’s surprising light to hold. On the base is the special rectangular stamp found only from that historic firing, a two decade project. In perfect condition with a signed box, 15cm, stamped on shoulder and base. Without a doubt one of the greatest undertakings and achievements of any artist the world has ever known.