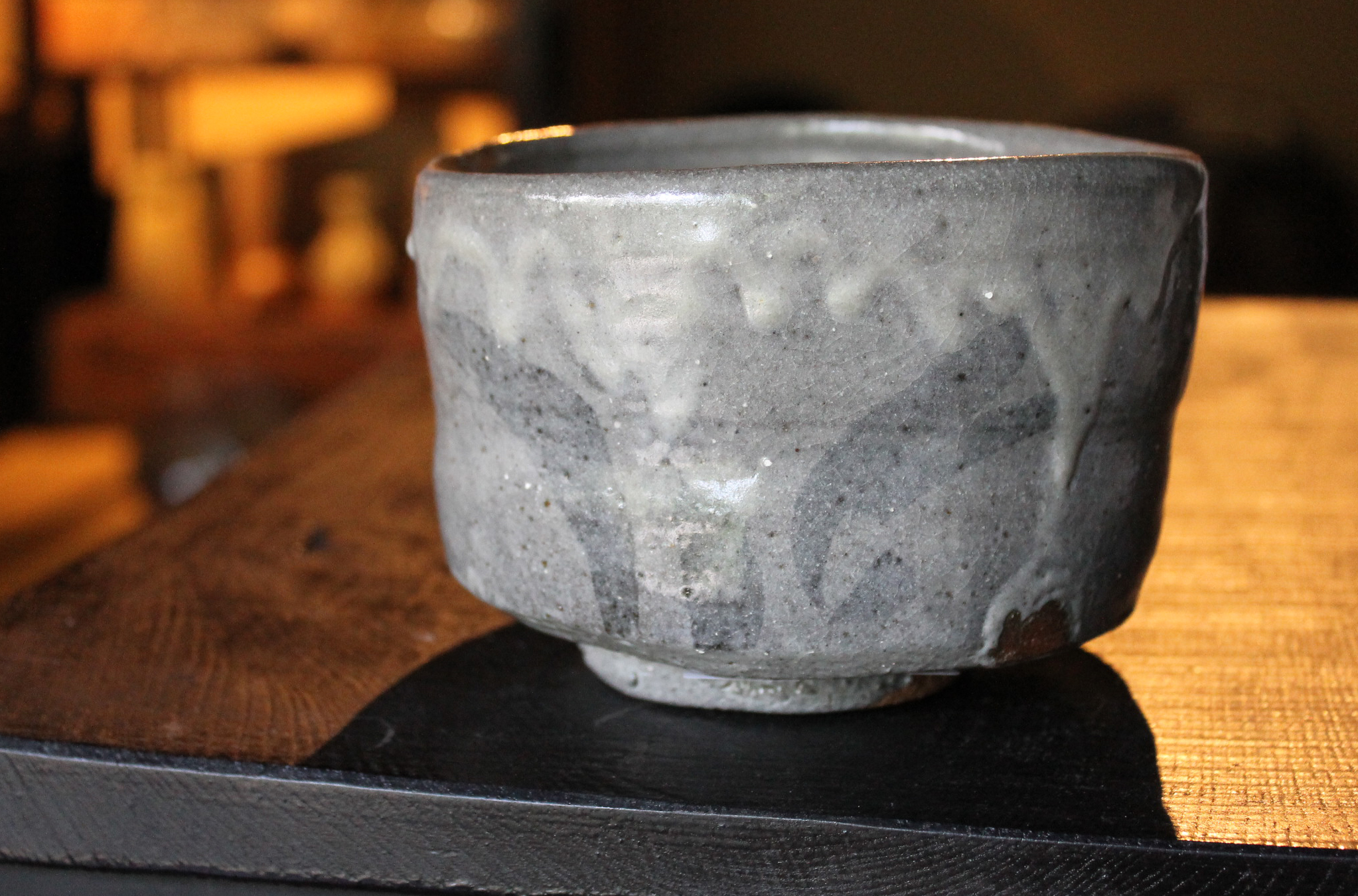 When Kaneshige Sozan (1909-1995) turned eighty he held a special commemorative exhibition of 80 chawan in various styles such as Hagi, Shigaraki, Shino, of course Bizen and Karatsu. The Karatsu chawan were made and fired at Nishioka Koju’s (1918-2006) famous kiln and here is one from that important exhibition. it has a firm solid feel in the hands and a relaxed form with sparse iron-under-glaze reed motifs and a fine ‘clay flavor’ kodai-foot. In perfect condition with the original signed box, 9.2cm.tallx12.6-13.3cm., signed on base.  Kaneshige (real name Shichirozaemon) played many roles throughout his long career, the first beginning when he was 18. That’s when he started to help his already famous elder brother Toyo (1896-1967)– who in 1956 was designated a Living National Treasure for Bizen ware — with loading and firing their climbing chambered kiln. In 1927 Sozan began to study Ko-Bizen and in 1930 both brothers were successful in reproducing the tsuchi-aji (clay flavor) of Momoyama Period Bizen wares that connoisseurs so love. Fast forward a few decades and then Sozan created a wild stir with his electric kiln hidasuki–straw-wrapped. The Bizen world went wild at this blasphemy and it would be years before Sozan’s new firing way was accepted and became standard for so many Bizen potters of today. More about Sozan–parts of this description were taken from an article I wrote about Sozan in the Japan Times—can be read at e-yakimono.net/html/kaneshige-sozan-jt.html Needless to say, Sozan was a major 20th century Bizen potter and one potter that serious collectors here in Japan adore. His two sons–Makoto and Yuho–are also Bizen ceramic artists.