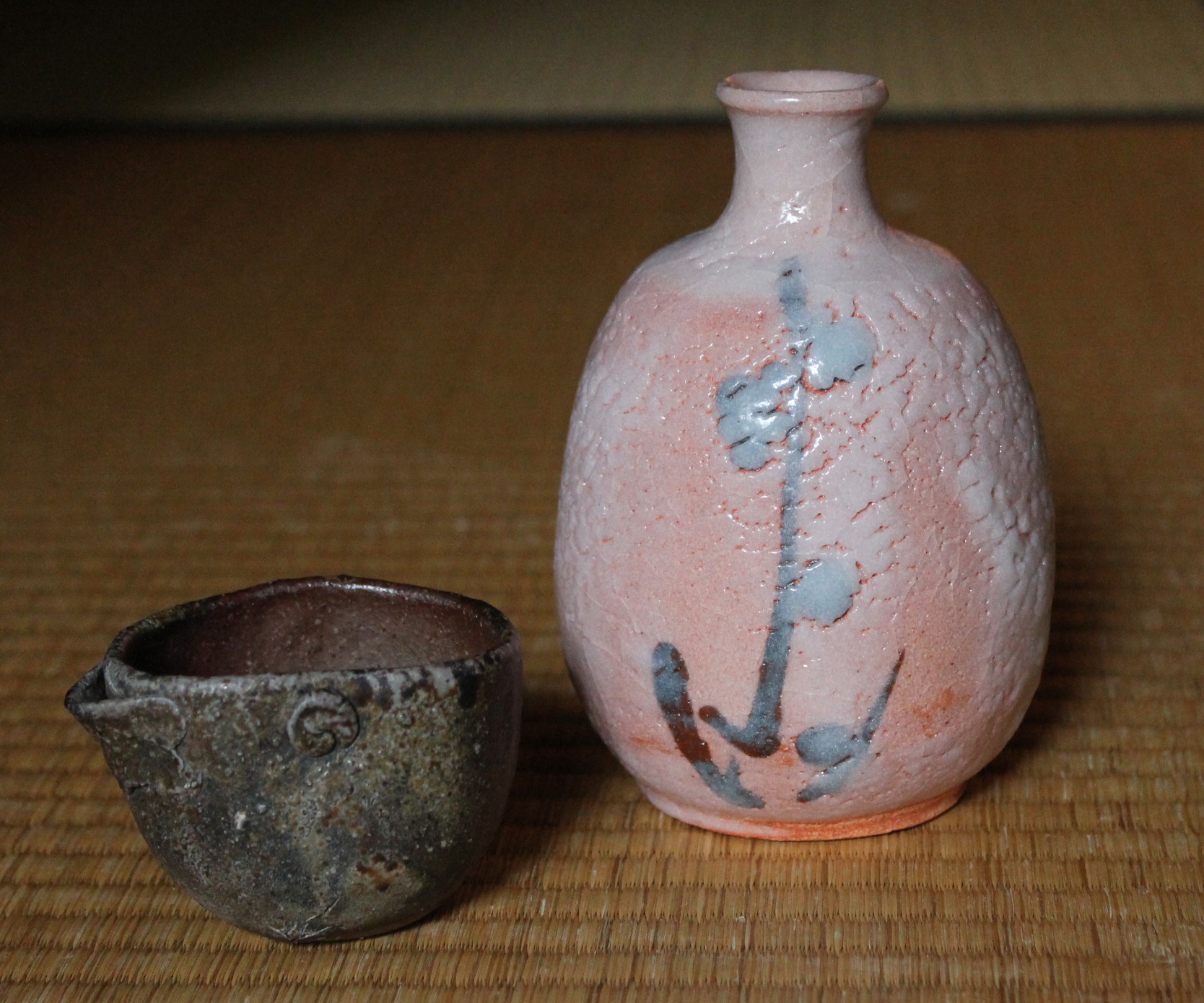 Kato Kozo(b.1935) is a Mino potter in the purest sense. He does many things the old way, like his stick-turned wheel and Momoyama period style kiln, and the way he handles himself; humble, sincere, natural, and confident. This character also comes out in his works, which has earned him a sterling career with solo exhibitions at the finest galleries, awards such as the Japan Ceramic Society’s in 1986, and being named a Gifu Prefecture Intanglible Cultural Property for Shino and Black Seto in 1995 and of course being named a Living National Treasure for Black Seto in 2010. Here is a sterling Kato Shino tokkuri that we’ve matched with a very rare 1940’s Kaneshige Toyo (1896-1967) Bizen katakuchi guinomi, of course the spout is for decoration only! Both in perfect condition, the Kato is 14.3cm.tallx10cm. signed on base, signed box. The Kaneshige is 5.4cm.x8.4×6.5cm, signed on base and the box is signed by son Kousuke. Kato is Sold and Kaneshige is Sold.