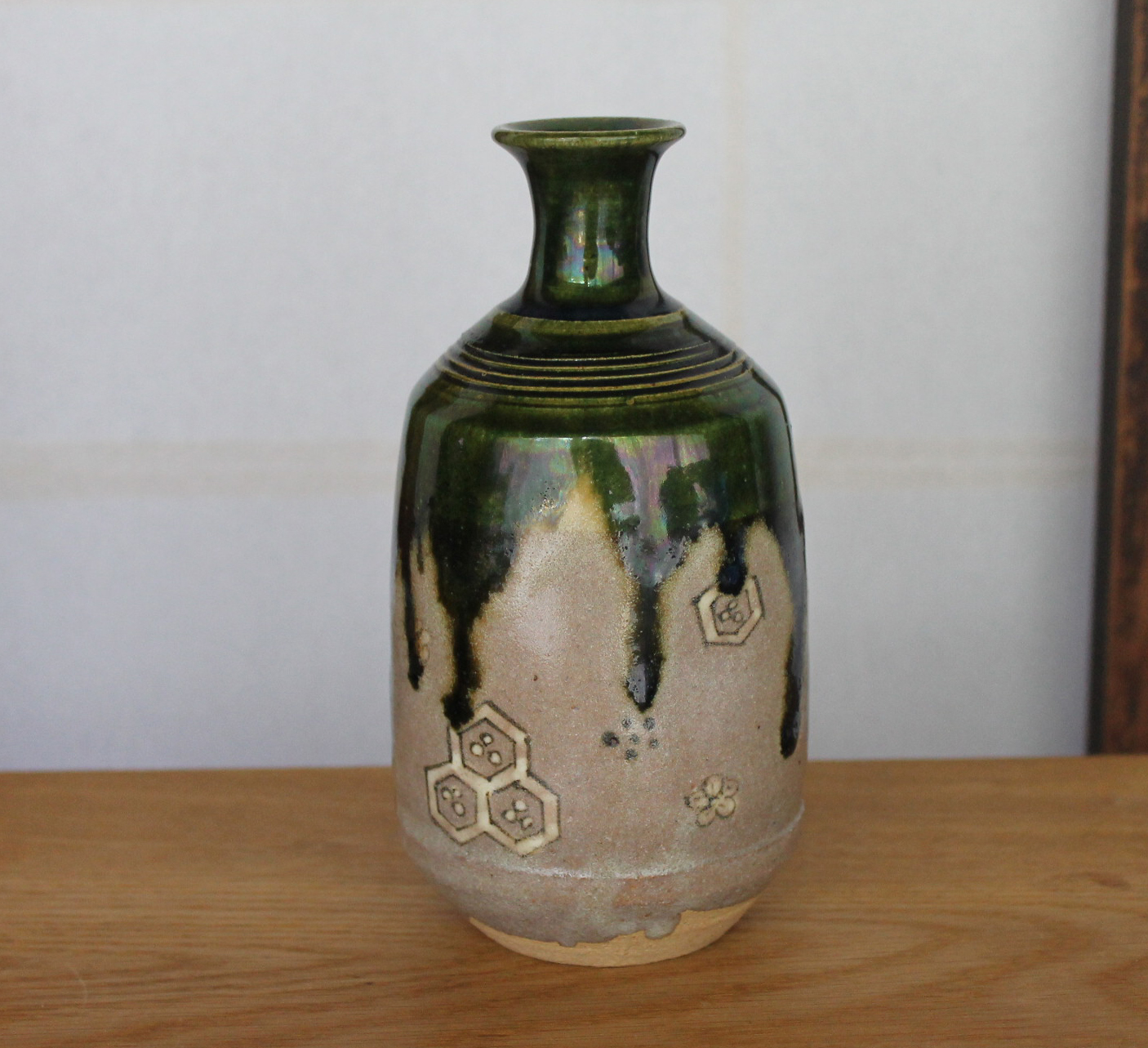 In the past we’ve offered a few Sasaki Tadashi works, mostly chawan and guinomi. This is the first tokkuri in recent memory. Sasaki (1922-1997) was one of the outstanding Oribe potters of the 20th century- he was awarded the top prize in 1967 for his Oribe in the prestigious Japan Traditional Arts and Crafts exhibition. He studied with both Kato Hajime (Living National Treasure) and Kato KobeiV before establishing his own kiln. This is a classic Sasaki Narumi-Oribe tokkuri with geometrical and floral designs; Narumi-Oribe uses a red clay and a white clay, that’s the basic definition. Sasaki was the first potter since the Momoyama period to make Narumi Oribe. He only used the famous Mino gotomaki clay for these works. In the historical Oribe book written by Ryoji Kuroda(published by Kodansha in 1982) he mentions a few contemporary potters and refers to Sasaki as ‘famous for Oribe and tenmoku-style pieces.’ In perfect condition with a signed box, 16.5cm.tall., signed on base.