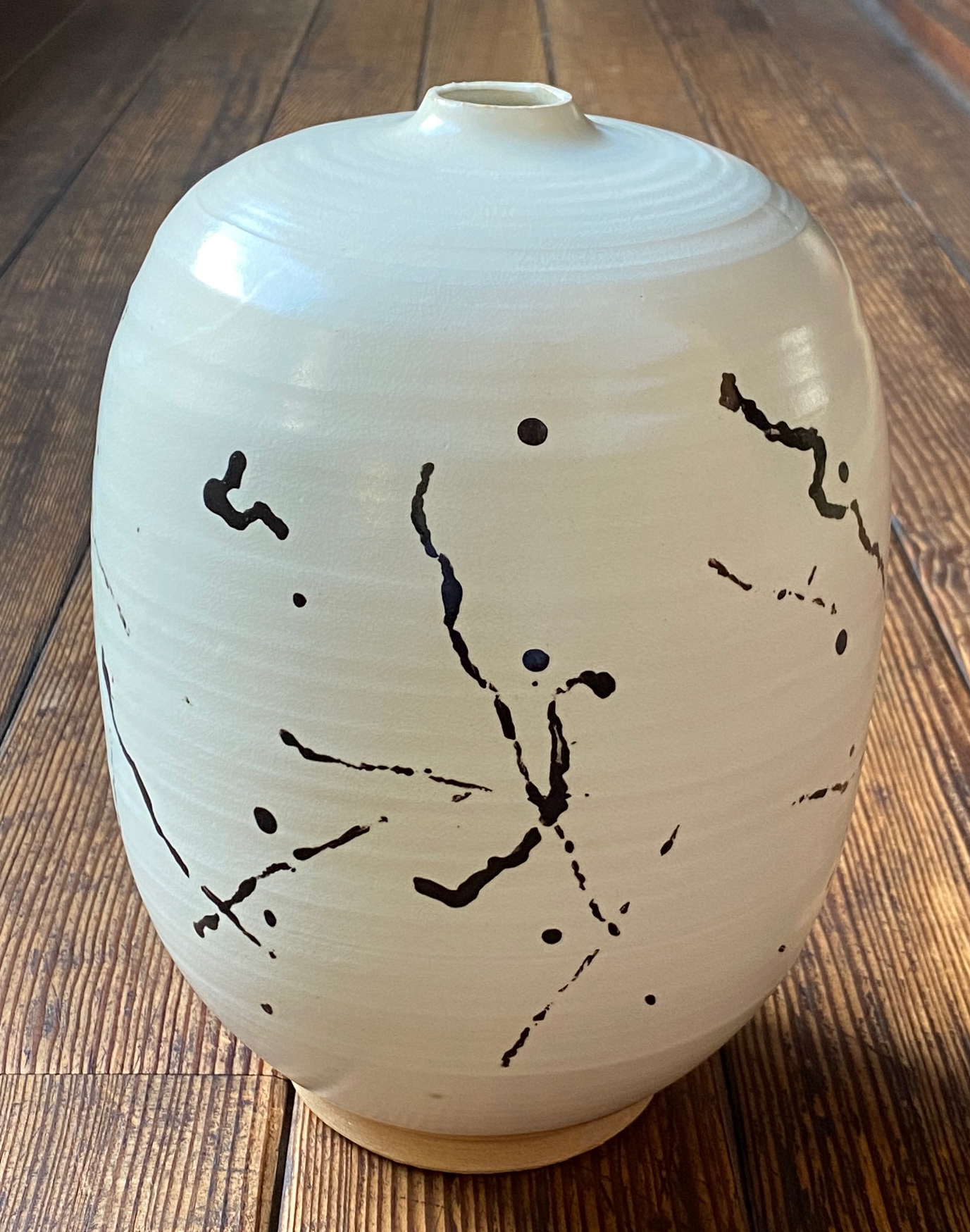 Yamada Hikaru (1924-2001) was a founding member of the extremely influential avant-garde ceramic group Sodeisha along with Yagi Kazuo and Suzuki Osamu in the late 1940s. They brought about a sea change in Japanese ceramics, and it is not an understatement to say that many contemporary potters have been influenced in one way or another by the Sodeisha group. In their latter years the members also took to making functional wares. Here is a Yamada action-painting-like glazed white jar that captures the unbridled spirit that Yamada had on all his work. In perfect condition with a signed box, 24.3cm.tallx18cm. wide,

stamped Hikaru on base, dating to the 1970s.