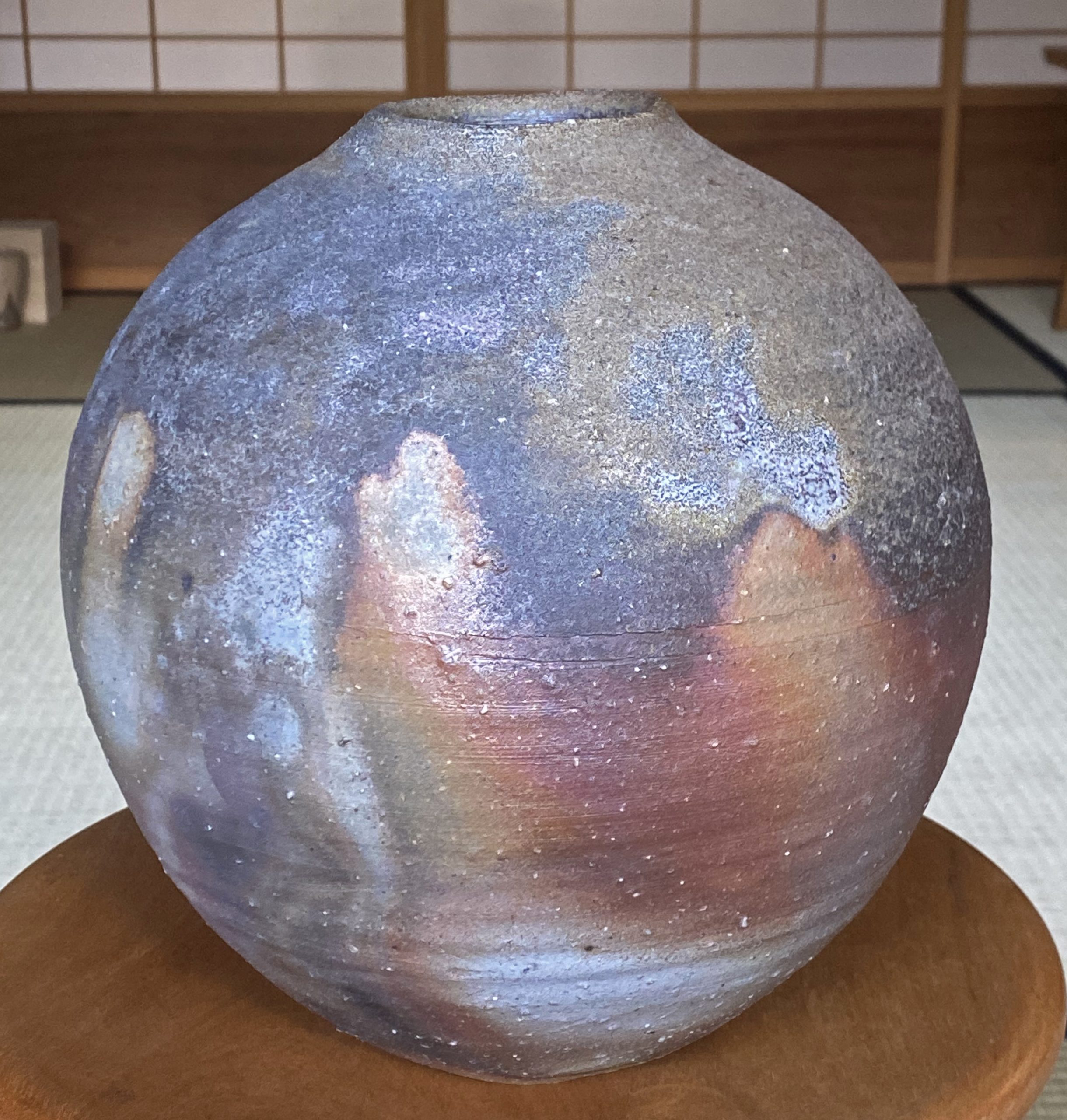 Bizen ceramist Fujiwara Ken (1924-1977) has to rank as one of our all-time favorite potters in Japan. His pieces are poetry to me. I often wonder what happened to Fujiwara, as he passed from this world in his early fifties, fond of sake. Kaneshige Toyo (1896-1967), Bizen’s first Living National Treasure (LNT), once said,”if you want to know how to fire a kiln, go see Ken.” He was referring to Fujiwara Ken, the nephew of LNT Fujiwara Kei and the cousin of LNT Fujiwara Yu. If Ken had lived longer, this extraordinary potter would surely have been a LNT himself (he was already designated an Okayama Prefecture Intangible Cultural Property holder). The great artist-chef Rosanjin learned to fire Bizen by studying under Ken for 3 months- they became friends- Rosanjin the master chef would cook for Ken, and Ken for Rosanjin. Ken looked up to Rosanjin with admiration, yet the admiration went both ways. Rosanjin, never hesitant to criticize, only had the highest of praise for Ken’s character and his work. Looking like a Hubble telescope photo the front of this tsubo has wonderful colors and patterns not oft seen. There is a small divet on the back. A very wabi-sabi work and good to mist it to bring out the colors more; 24cm.tallx23cm., signed on base,signed box.