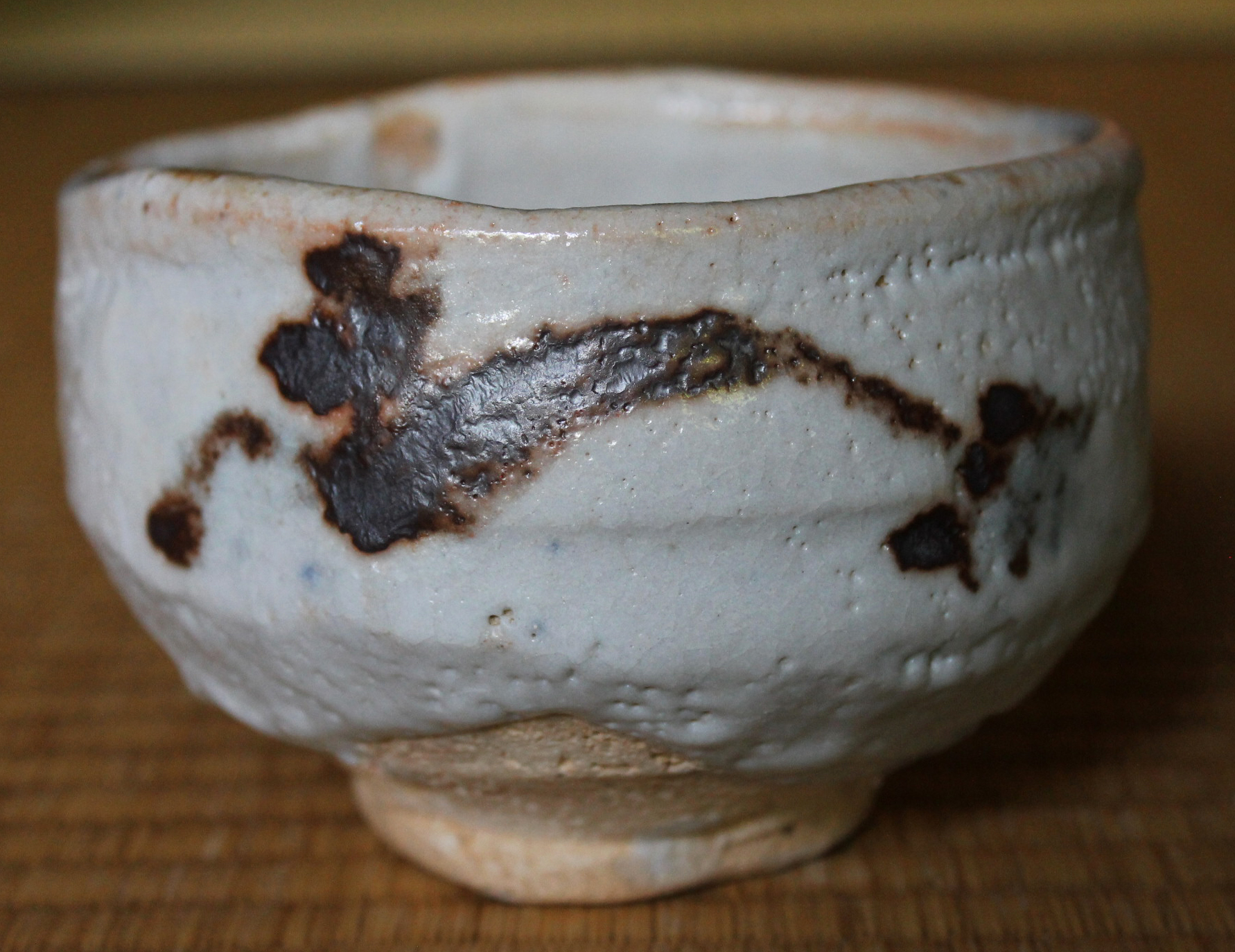 Kukuri, Kani, Okaya, and Ohira are the names of places in Gifu prefecture where the classic Shino wares of the late 16th C. were fired; the greatest kiln being that of Mutabora. The relationship between Shino and the Way of Tea has basically continued on to this very day. Of course there was a lapse in the Meiji period with a great revival beginning in the 1930s. Some grand masters from that time have left their mark on the potting world, Kato Tokuro and Arakawa Toyozo being the ‘gods.’ The second wave saw other names rise with one being the late great Okuiso Eiroku(1930-1987). The famed writer Hayashiya Seizo wrote many essays about Okuiso praising his work, his writings, and the way he fired his o-gama (large kiln). Okuiso was a great potter and scholar who wrote books on how to create Shino in the classical way. At times even Tokuro would pay him a visit carrying a large bottle of sake. One can instantly see the same power in their chawan. It’s been a few years since we’ve come across a fine Okuiso’s chawan and thus we’re pleased to offer this one. Okuiso had a high loss rate and his A1 chawan are rarely seen. For one exhibition it took five years to collect enough works. He was a chawan master par excellence. We particularly like to bold underglaze iron markings as well as the rich glazing, very fine clay and carved foot; all in all a fantastic e-Shino chawan  In perfect condition with a signed box, 9.0cm.tallx13.6cm., signed on base.