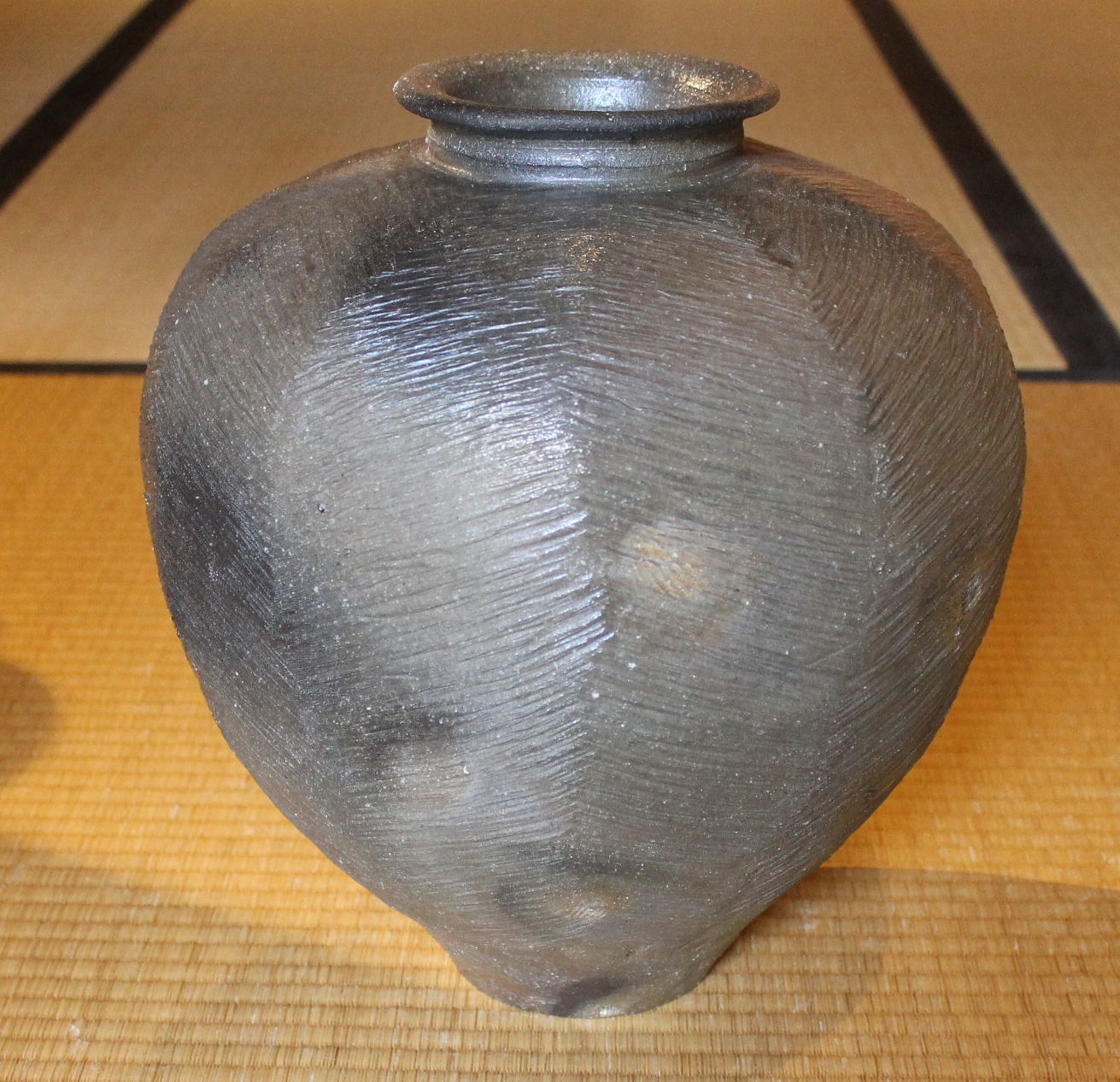 Suzu is one of Japan’s lost stoneware styles that few collectors know about. As the Suzu Ceramic Museum in the Noto Peninsula, Ishikawa prefecture notes, “Suzu ware is a kind of pottery made in Suzu from the latter half of the 12th century to the end of the 15th century. It was mass-produced by community group work, and because it was tough and could be used for a long time, its use spread. Along with the development of sea routes, the market for the pottery spread to East Japan and Hokkaido. Because after the Middle Ages it suddenly disappeared from the history timeline, this pottery also is somewhat of a mystery.” And thus the little known aspect and the difficulty in controlling the atmosphere in the kiln. In Shigaraki Sako Yoshihiro has triumphantly succeeded in making strong, austere, Zen influenced Suzu jars in the traditional gray-tones, paddles-wavy textures and subtle ash glazing. Sako was an apprentice to the great Tsuji Seimei(1927-2008) an aficionado of old Japanese stonewares. This Sako is 35.3cm.tallx32.3cm.wide, signed on base with a signed wooden board.